UN calls US emissions ruling a 'setback' in climate fight 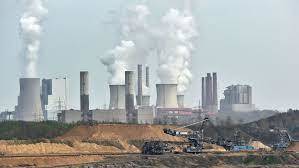 "This is a setback in our fight against climate change," said Stephane Dujarric, spokesman for Secretary General Antonio Guterres.

By a majority of 6-3, the U.S. high court said the Environmental Protection Agency did not have the power to set broad caps on emissions from coal-fired power plants.

The decision sets back President Joe Biden's hopes of using the EPA to bring down emissions to meet global climate goals, set in 2015 under the Paris Agreement on climate change.

Dujarric said the world is far off course to meeting the goals of that accord.

"Decisions like the one today in the US or any other major emitting economy make it harder to meet the goals of the Paris Agreement, for a healthy, livable planet, especially as we need to accelerate the phase out of coal and the transition to renewable energies," he said.

He added however that "the actions of a single nation should not and cannot make or break whether we reach our climate objectives."