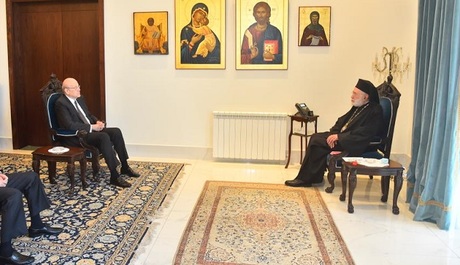 “Things are positive regarding the formation of the government, which once formed will continue what the current government had started,” Mikati said after talks with Greek Orthodox Metropolitan of Beirut Elias Aude.

Responding to a reporter’s question, Mikati said he will visit President Michel Aoun within two days.