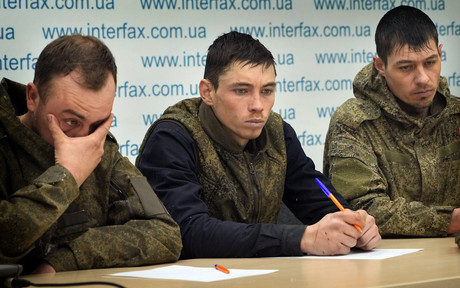 Russia said on Tuesday it was investigating the torture of Russian soldiers held prisoner in Ukraine and recently released as part of a prisoner swap with Kyiv in late June.

The Russian Investigative Committee, which probes major crimes, said in a statement that it was "verifying facts of inhuman treatment of Russia soldier prisoners in Ukraine."

Last week Moscow and Kyiv exchanged 144 prisoners of war each -- the biggest exchange since the start of Moscow's Ukraine campaign launched on February 24.

The Russian committee said Moscow's soldiers told investigators about "the violence they had suffered."

According to its statement, one of the soldiers said Ukrainian medics treated him without anesthetic and that he was "beaten, tortured with electricity in captivity."

The soldier allegedly said he was left without food and water for days.

Another injured Russian soldier, who had his left amputated, said he was badly beaten and had his wound irritated by Ukrainian medics, the statement said.

The testimonies of the freed Russian soldiers are examples of "violations of the Geneva Convention on prisoners of war", the Russian committee said.

And from BS we created everything. Putin 1:1

Let me get this straight.
You entered my house and I shot you inside my house, then I let you go home free, now you want to talk about Geneva and treatment of prisoners like it's an actual war between two countries instead of calling it house invasion?