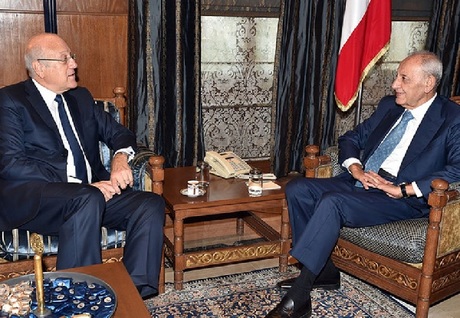 Al-Jadeed television reported that the meeting was aimed at holding consultations over the cabinet formation process.

It added that Berri stressed to Mikati “the need to hurry up in the formation of the government.”