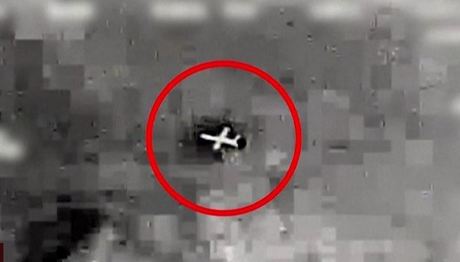 In the wake of Hezbollah’s launching of three drones towards the Karish offshore gas field, the United States warned Lebanon that it might face “deterring punitive measures” that might involve “slapping oil sanctions” on the country, media reports said on Tuesday.

“U.S. mediator Amos Hochstein openly cautioned Lebanese officials that such a step would torpedo the U.S. efforts and could subject the Lebanese investments in the oil and gas resources to the threat of sanctions, especially that it targeted a maritime area that is outside of Lebanon’s internationally-recognized border under the U.N. records,” diplomatic sources told the Nidaa al-Watan newspaper.

The warnings were what prompted Lebanon to hold the Grand Serail meeting that distanced the Lebanese state from Hezbollah’s move and condemned it as “unacceptable,” the daily added.

The London-listed Greek energy firm Energean, which has sent vessels to the Karish field, meanwhile held a meeting and described Hezbollah’s step as “blatant violation by Lebanon against the works of the company outside of its border, which necessitates taking decisive measures that prevent such attacks in the future,” Nidaa al-Watan said.

“As part of these measures, Energean Power might demand the issuance of a unified European stance encompassing all oil companies operating in the Middle East in order to declare a boycott of any form of cooperation with Lebanon in operations related to exploiting its oil and gas resources at the levels of exploration, extraction and production,” the daily added.

Our oil and gas hopes are slowly diminishing. Is there anything that Hezbollah hasnt managed to ruin yet? Except the state of Israel, that is...