US, Israel reportedly tell Lebanon they're not seeking 'escalation' 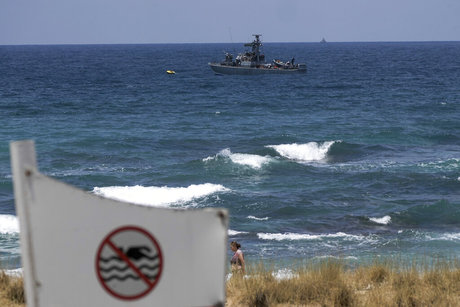 Lebanon overnight received “a U.S. message stressing that the U.S. and Israeli sides do not want an escalation and that they are committed to the course of the negotiations” over sea border demarcation between Lebanon and Israel, al-Akhbar newspaper reported on Wednesday.

The message comes after Hezbollah launched three unarmed drones towards the Karish offshore gas field on Saturday in what it said was a “reconnaissance” mission aimed at sending a “message” to Israel, which drew warnings from Israel’s prime minister and two Israeli ministers.

According to al-Akhbar, Hezbollah itself received an Israeli reassurance message on Saturday evening through European and U.N. officials.

“The drones operation is a dangerous escalation that might affect the negotiations, but Israel wants to contain the situation and has no desire to escalate or go to war. It rather wants to guarantee the continuation of the negotiations until reaching a solution,” the Israeli message said, according to the newspaper.

Explaining why Hezbollah decided to carry out the “operation,” al-Akhbar said Hezbollah had learned through a foreign side of Israel’s response to Lebanon’s official border demarcation proposal.

“The Israeli stance rejected Lebanon’s proposal to exchange the Karish field for the Qana field, although the matter remained ambiguous in the response that was carried by the U.S. ambassador, who tried to soften it by speaking of Israeli understanding and positivity and by saying that Tel Aviv had accepted to return to Naqoura” for resuming the indirect negotiations with Lebanon, the pro-Hezbollah daily reported.

“Everyone knows that the response did not at all meet the Lebanese demands,” al-Akhbar added.