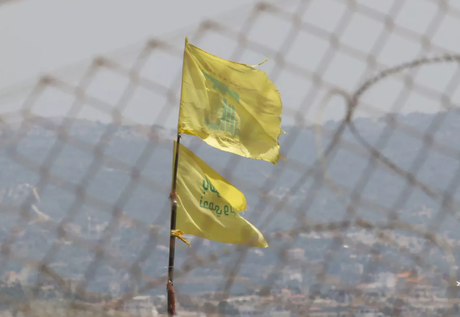 Defense Minister Benny Gantz said Thursday that the three drones that Hezbollah launched toward the disputed Karish gas field on Saturday were Iranian.

“Hezbollah used unmanned aerial vehicles made in Iran," Gantz said as he accused Hezbollah of carrying out missions for Iran.

Israel's army had earlier said it had intercepted a drone last week, three days before it shot down the three drones.

Hezbollah said it launched three unarmed drones on a reconnaissance mission and that "the message has been sent" to Israel, while Prime Minister-designate Najib Mikati criticized the move, saying it was an unnecessarily risky action.

Meanwhile, sources briefed the American Axios news website that "the Biden administration has pressed the Lebanese government to criticize Hezbollah for sending the drones and to commit to resolving the maritime border dispute with Israel only through negotiations."