Reports: US mediates to give Lebanon Qana field, negotiations to resume soon 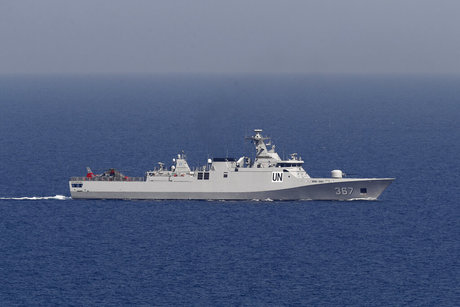 A major progress is expected in the negotiations over the sea border demarcation between Lebanon and Israel, according to media reports and to both Lebanese and Israelis.

Lebanese newspaper al-Akhbar said Friday that Washington has been assuring the Lebanese political forces, through continuous talks, that Israel and the U.S. are not seeking escalation and that they are committed to resuming the negotiations.

The daily added, as it quoted informed sources, that the U.S. will try to convince Israel to give Lebanon the Qana field, "without any compensation in return."

On Saturday, Hezbollah had launched three unarmed reconnaissance drones towards the offshore Karish gas field and Israel said it shot them down.

Al-Joumhouria newspaper said Friday that the official Lebanese position has been unified in the recent hours, as high-level politicians have discussed the drones incident during lengthy meetings.

"They have agreed that all the statements will serve Lebanon's interest in the negotiations," the report said, adding that the negotiations with U.S. mediator Amos Hochstein will officially resume in the coming days.

I hope no marine border demarcation before ending Hizbollah Basij occupation and saying goodbye to worst president in human history. We know how Iran's Basij have used its natural resources to build rockets and tool of oppression, and spread its kiss of death to Shia throughout the region. We know how Aoun presidency was mired in corruption and nepotism, bankrupted Lebanon, raped our independence and dignity, made us a beggar and destitute nation, isolated us from our surrounding and stole the future of our kids. Please no border deal before we get rid of them! Better, divide Lebanon in two and give Qana to Hizbollastan if that guarantee getting rid of this cancer for good!

I have the utmost respect and deepest admiration for al-Akhbar newspaper for its transparency when it comes to reporting fabricated news.

But everything they said in the article is true except for the things they made up!

What happens when Israel supply gas tomeurope before us, does that mean underground gas field will leak from Lebanon to Israel? How do you stop the gas leak when you in deep sea. Instead of extracting gas we are as usual sleeping operating as a turtle with a retired brain to demarc

If Lebanon had done what other Arab countries had done, and achieved peace with Israel, then both countries could have been part of the plan to export the gas to Europe and have the money earned going to the income of them both. Lebanon has only itself to blame.