Iran dismisses US claim on supplying Russia with UAVs for Ukraine 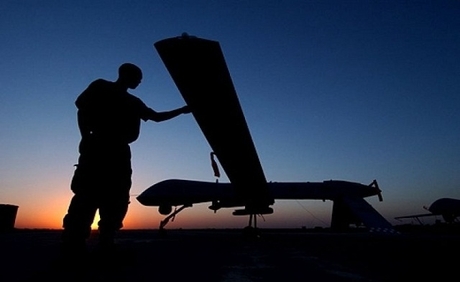 Iran is planning to supply hundreds of drones with combat weapon capabilities to Russia for use in Ukraine, a top US official said Monday.

Jake Sullivan, the White House national security advisor, said the information received by the United States supported views that the Russian military is facing challenges sustaining its weaponry after significant losses in Ukraine.

"The Iranian government is preparing to provide Russia with up to several hundred UAVs (unmanned aerial vehicles), including weapons-capable UAVs, on an expedited timeline," Sullivan told reporters.

"Our information further indicates that Iran is preparing to train Russian forces to use these UAVs, with initial training sessions slated to begin as soon as early July," he said.

Iran responded on Tuesday by saying that "no special development" had taken place in technological cooperation with Russia following its invasion of Ukraine in February.

Without specifically mentioning drones, Iran's foreign ministry spokesman Nasser Kanani said cooperation with Russia "in the field of some modern technologies predates the war in Ukraine, and there has been no special development in that regard recently."

Tehran's position regarding the war "is quite clear and has been officially announced many times," he added.

Iran has maintained that it is against the war in Ukraine and called for a political solution, while blaming the roots of the crisis on the United States and NATO's expansion.

"The claim of the American official (Sullivan) comes as the U.S. and the Europeans have for years turned the occupying and aggressor countries, including in the West Asia region, into a storehouse of their various deadly weapons," Kanani added.

Sullivan said it was not clear whether Iran had delivered any of the drones to Russia yet.

He noted that Iran's drones have been used by the Huthi rebels in Yemen to attack Saudi Arabia.

Drones have played a crucial role on both sides of the war in Ukraine, for everything from firing missiles from a distance, to dropping small bombs on targets, to conducting reconnaissance for artillery forces and ground troops.

Ukraine's forces have had particular success in using Turkish-made Bayraktar armed combat UAVs, and the United States and other allies have supplied Kyiv with many types of smaller drones.

"From our perspective, we will continue to do our part to help sustain the effective defense of Ukraine and to help the Ukrainians show that the Russian effort to try to wipe Ukraine off the map cannot succeed," Sullivan said.