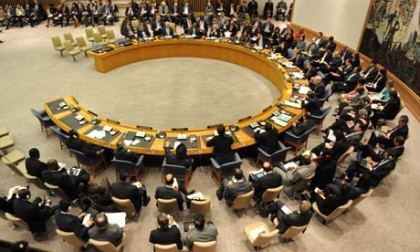 The U.N. Security Council adopted a resolution Tuesday extending a system for cross-border aid to Syria by six months, the duration demanded by Russia while other members had sought a full year.

The measure received votes in support from 12 of the 15 members, including Russia, China, and the Security Council's 10 non-permanent members.

Britain, France and the United States abstained from the vote, marking their disagreement with the shorter duration which they consider insufficient to properly plan the delivery of aid to war-ravaged Syria.