Akiki: I respect church but it is my duty to enforce boycott of Israel law 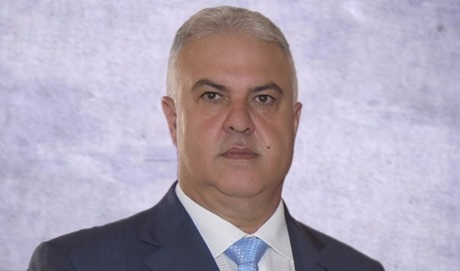 Acting State Commissioner to Military Court Judge Fadi Akiki on Thursday defended the controversial detention and interrogation of Archbishop Moussa al-Hajj, who is the Archbishop of the Archeparchy of Haifa and the Holy Land and Patriarchal Exarch of Jerusalem and Palestine and Jordan.

“The funds that he was transporting, around $460,000, are not owned by the church but they rather came from collaborators residing in Israel, the majority of whom work for the enemy in the occupied territories,” Akiki said in an interview with An-Nahar newspaper.

“It is not true that Archbishop al-Hajj was detained in Naqoura; he was rather subjected to the search mechanism that is applicable at this border crossing, similarly to all those who cross it, including U.N. officers,” the judge added.

“I respect the church, but there is a law, which is the boycott of Israel law, and it is my duty as a judge to enforce it,” Akiki went on to say.

Sources informed on the investigations meanwhile said that what was confiscated was a large quantity of Israeli goods and medicines in addition to the sum of money.

The measures against al-Hajj, including a military court summons, have drawn angry reactions from Christian religious and political leaders.

As the Archbishop of the Archeparchy of Haifa and the Holy Land and Patriarchal Exarch of Jerusalem and Palestine and Jordan, al-Hajj is, along with other Christian religious figures, allowed to cross Lebanon's southern border and enter Israel, unlike regular Lebanese citizens.

While Lebanon and Israel remain technically at war, al-Hajj visited Israel because he heads a community of Lebanese Christian Maronites living there, many of whom are refugees who collaborated with Israel during Lebanon's 1975-1990 civil war.

But he was questioned for 12 hours earlier this week upon his return from Israel, the Maronite Church said, before a military court summoned him for further questioning Wednesday.

They condemned his arrest and summons, which they dubbed a "charade", and called for the case to be "closed immediately."

"We demand... the confiscated aid be returned to the archbishop so that it can reach its beneficiaries," they said in a statement.

They also called on State Prosecutor Ghassan Oueidat to “refer Judge Akiki to judicial inspection and fire him.”

Another Useful Idiot. The only collaborators are those taking orders from Hizbollah (Iran Foreign Legion) and its supporters. Criminal Hizbollah and its master Iranian guards are Lebanon's Enemy No 1 and should be in prison along with their puppets who sold their soul, dignity and country for 30 pieces of silver.

I have one question for the authorities.
How is it that the Archbishop has crossed the border in both directions on numerous occasions in the past, and even more important, can Mr. Akiki please explain who allowed the Archbishop to cross from Lebanon into Israel this last time, if he claims it is prohibited?

Because all other, higher priority matters of state and law enforcement have been attended to, now we have resources to go after the next most important thing?

Where are Rafic's assassins jailed/.. I'd like to bring him cake on visiting day ...