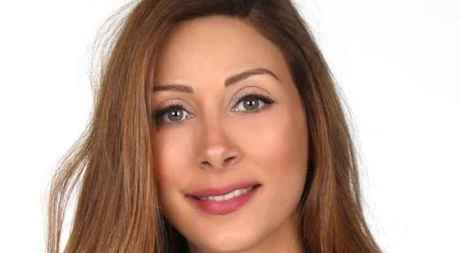 MP Cynthia Zarazir of the ‘change’ bloc on Tuesday decried the “disrespect” and “bullying” she has faced ever since entering parliament’s building for the first time.

“Ever since I entered parliament, I have not been shown any respect that suggests that those whom I will be present with for four years are firstly humans and secondly respectable people,” Zarazir said on her official Twitter and Facebook accounts, shortly after she faced several bullying and name-calling instances in parliament.

“Below are some examples that point to their high manners:

- Catcalling by pro-government MPs whose misogyny outweighs their manhood.

- Being given a filthy office where I found Playboy magazines and used condoms on its floor and in it drawers.

- Bullying over my family name.

- Not being given a car parking spot!” Zarazir added in a tweet.

“These people are dealing with an elected MP in this manner, so how will they deal with the people who have no voice!” she lamented.

Speaking to MTV, Zarazir said she found files at the office carrying the name of “Hajj Mohammed” and that she is yet to determine the “full identity” of the MP or former MP who used to occupy the office.

“Every day I communicate with the employees at parliament so that I get a parking spot for my car. In the first two sessions, I had to use the small car of a friend to be able to park it, and when I requested that from them several times, I was told by MP Ali Hassan Khalil: ‘Go buy a small car. You have money,’” the MP told MTV.

As for what happened with her on Tuesday, Zarazir said a journalist handed her a poster of the port blast victims upon her arrival at parliament.

“Parliament Police arrived immediately and prevented me from stepping out of the car unless I hand them over the poster, at the orders of Speaker Nabih Berri, and a verbal clash ensued,” Zarazir added.

“When I entered the session, two MPs sitting next to MP Ali Hassan Khalil started bullying me over my family name,” Zarazir went on to say, noting that she frequently faces sexual catcalling from fellow MPs.

“You’re not the neighborhood’s thugs anymore, you have become the MPs of the nation! Be ashamed of yourself!” the MP quoted herself as telling those MPs.

Is the parliament some sort of Roman era lupanar ? Seriously!!!

carrying the name of “Hajj Mohammed”

Yes, Hajj Mohammed Raad of Loyalty to the Resistance.