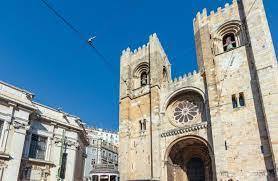 The Portuguese judiciary has opened investigations into suspected sexual assaults within the Catholic Church, following testimony by alleged victims gathered by an independent commission, the public prosecutor said.

Seventeen testimonies submitted to the prosecutor's office have led to "the opening of 10 investigations" of which "three have been closed", because the cases are too old or for lack of evidence, a spokesman for the public prosecutor's office told AFP.

The independent commission, which began its work in January investigating sexual assaults in the Portuguese Church, has already collected 352 testimonies from alleged victims, according to its latest report this month.

In reality "the number of victims is likely to be higher, because the testimonies often refer to several victims," said child psychiatrist and commission head Pedro Stretch late Thursday.

The investigating commission, composed of six experts, was created at the initiative of the Portuguese Church, in a country with a strong Catholic tradition, in order to shed light on the issue of sexual violence against "minors and vulnerable adults".

"I have given instructions that zero tolerance and total transparency should be the rule," wrote Dom Manuel Clemente, the highest prelate of the Portuguese Church, in an open letter made public on Friday.

He was reacting to media reports that the Church had chosen to keep in office a priest suspected of sexual abuse.

But he refuted the accusations made in the particular case which came to light in 1999, saying that the priest in question had been removed from his church.

"I regret all the suffering that this situation may cause to this particular victim but also to all the others," he stressed, calling for no one to be "afraid to denounce" situations of sexual abuse.

In neighboring Spain, an independent commission, that is to conduct the country's first official probe into suspected sexual abuse of minors within the Catholic Church, began work this month.