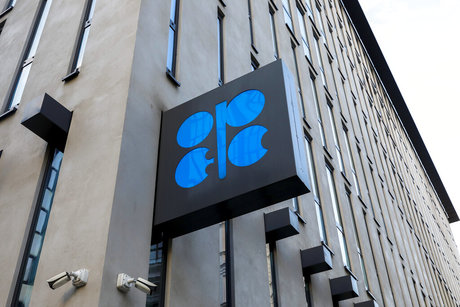 The cartel led by Saudi Arabia and Russia has so far resisted U.S. pressure to ramp up production significantly after Moscow's invasion of Ukraine sent oil prices soaring.

After cutting production in 2020 in response to falling prices during the Covid pandemic, OPEC+ began to modestly raise it last year and has renewed the policy every month.

Its output is supposed to have returned to pre-Covid levels -- but only on paper, as some members of the 23-nation group have struggled to meet their quotas.

Craig Erlam, analyst at OANDA trading platform, said the OPEC+ meeting will show whether "President Biden has any influence in the cartel at all".

The OPEC+ group began technical talks early afternoon, to be followed by a ministerial meeting by videoconference.

Biden made a controversial trip to Saudi Arabia in July in part to convince the kingdom to loosen the production taps to stabilize the market and curb rampant inflation.

The U.S. president met Crown Prince Mohammed bin Salman despite his promise to make the kingdom a "pariah" in the wake of the 2018 killing of journalist Jamal Khashoggi.

Biden said after his meetings with Saudi officials that he was "doing all I can" to increase the oil supply.

"Saudi Arabia and its allies will have to decide whether to heed Joe Biden's request and raise production or show solidarity towards Russia by staying put," said Tamas Varga, analyst at oil broker PVM.

French President Emmanuel Macron also reached out to bin Salman, hosting him last week in Paris, with Macron's office saying the two leaders agreed to work "to ease the effects" of the Ukraine war.

Before resigning as British prime minister, Boris Johnson had also visited bin Salman in Riyadh in March to lobby for higher oil production.

But Stephen Innes, managing partner at SPI Asset Management, said OPEC+ is "unlikely to announce a significant production increase given growing recession fears" and a drop in oil prices since early June.

After reaching close to $140 per barrel in early March, crude prices have slid further this week following weak economic data from China, the world's biggest importer of oil.

The main contracts were slightly down on Wednesday ahead of the meeting, with Brent -- the international benchmark -- slipping back under $100.

The German bank said news that Libyan production has returned to normal levels for the first time in nearly four months could also serve as an argument against a bigger expansion in output.

OPEC+ began to add around 400,000 barrels per day to the market last year, renewing the policy every month until June, when it upped production by almost 650,000 bpd.

Analysts say the group has now reversed cuts totaling 9.7 million bpd that had been agreed in 2020, though only in theory.