Russia to put Iran satellite into orbit next week 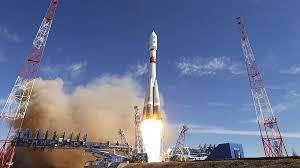 "In cooperation with Russia, the Khayyam satellite will be launched next week from the Baikonur space station in Kazakhstan by a Soyuz satellite carrier," the Iranian space agency said late Wednesday.

"On August 9, 2022, a Soyuz 2.1B rocket is scheduled to be launched from the Baikonur Cosmodrome... to put the Khayyam remote sensing device ordered by the Islamic Republic of Iran into orbit," it said in a statement.

"The Khayyam device was designed and manufactured at enterprises that are part of the state corporation Roscosmos," it added.

Khamenei called for strengthening "long-term cooperation" with Russia in his talks with Putin.

Russia is putting the satellite into space but it will be guided and controlled from ground stations in Iran, IRNA added.

Khayyam will not be the first Iranian satellite to be put into space by Russia.

In October 2005, Iran's Sina-1 satellite, which aimed to study and observe the Earth, was deployed from Russia's Plesetsk cosmodrome.

In June 2021, Putin denied a US media report that Russia is set to deliver an advanced satellite system to Iran that will vastly improve its spying capabilities.

Iran insists its space program is for civilian and defense purposes only, and does not breach the 2015 nuclear deal between Iran and world powers, or any other international agreement.

Iran successfully put its first military satellite into orbit in April 2020, drawing a sharp rebuke from the United States.

In March, the Revolutionary Guards, the ideological arm of Iran's armed forces, announced it had successfully put a military "reconnaissance satellite," Nour-2, into orbit.