Lebanese in the US call for action, justice on Beirut blast anniversary 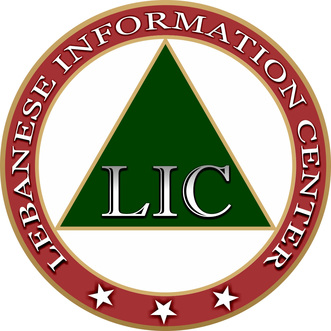 An organization of Americans of Lebanese descent in the U.S. has remembered in a statement the second anniversary of the Beirut Port Explosion and grieved with the many families "who still feel the pain of lost loved ones."

"August 4, 2020 was a day that will forever mark Lebanon and from which the country is still reeling. The passage of time does not bring back loved ones,” the Lebanese Information Center President, Joseph Gebeily, said.

Gebeily stressed that “with the recent elections of a new parliament, Lebanon has a new opportunity for transparency and justice. Lebanon must elect a new President, and the new government must initiate transparent investigations that protect no one in the pursuit of the truth. Only then will the perpetrators be held accountable and the victims granted justice.”

The LIC said that previous investigations into the port explosion were halted and obstructed by government officials who demonstrated a lack of transparency throughout the process. "The LIC has actively called for an open investigation conducted from within or outside of the country. The organization has also been engaged in providing financial relief to Lebanese displaced by the blast and affected by the resulting economic crisis. They also lobbied the international community and the United States specifically for humanitarian aid and an international probe," the statement went on to say.

“We are strong in our commitment to this effort and to the ongoing well-being and restoration of the country of Lebanon and its people,” said Gebeily.“This tragedy was the result of inexcusable government malfeasance and corruption, and the families of these victims still await justice.”

The only Lebanese-American-European-Australian-African-etc organization needed is for restoring complete sovereignty of Lebanon and ending criminal Iranian occupation via Hizbollah (Iran's Foreign Legion). Only two objectives: UN Charter Neutrality and No Arms Outside Army. Anything else is a waste of time and plays in the hand of occupier. Objectives achieved via disarming Hizbollah, federalism, or dividing Lebanon into Free Lebanon and Hizbollahstan as nothing left in common. Hizbollah is a stage 4 cancer taking Lebanon to hell. This cancer can only be surgically extracted by the diaspora as current politicians are corrupt to the bones. Otherwise, we'll all be singing Lebanon requium.