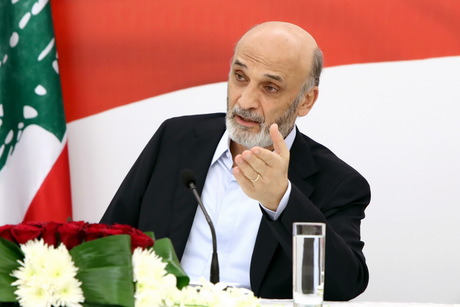 "This has led to enormous consequences on the Lebanese people," he added.

Geagea based his accusation on a statement by the commander of the Iranian Revolutionary Guards, Hossein Salami who had "clearly" said that "the enemy will face a dead end in any military action against Iran" as Hezbollah has more than a hundred thousand missiles and is ready to give hell to Israel.

If anyone ever had doubts about these Shia terrorists beings pigs, just check out the name of the commander of the Iranian Revolutionary Guards → Hossein Salami

The hezb is willing to fight Israel for Iran until the last Lebanese. That’s heroism for you.

Explain us how please? How does he serve Israel's Interests and not Lebanon's?