FPM to Mikati: What are your national achievements? 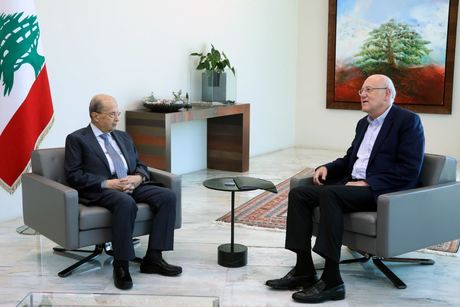 The Free Patriotic movement responded Friday to a statement by Prime Minister-designate Najib Mikati accusing the FPM of corruption.

The FPM asked what are Mikati's national achievements, accusing him back of corruption and of trying to please foreign countries.

Mikati had claimed that the FPM is seeking to "justify its failure in many files it was in charge of, most importantly the electricity file."

President Michel Aoun, Mikati and the FPM had been exchanging accusations, after the FPM did not name Mikati as a PM, and the latter presented to Aoun a government line up that was reportedly convenient to all parties, except to the FPM. Christian FPM minister Walid Fayyad was replaced by a Sunni candidate, Walid Senno.

The line-up was leaked to the press, and Mikati accused the Presidency.

In his statement on Wednesday he slammed "the deliberate leaking of the line-up" and "the subsequent interference of the president’s entourage and their insults against the premiership’s position and the PM-designate in person."