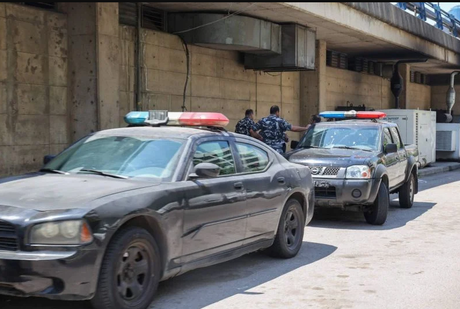 Security Forces agents arrested Monday four detainees who had managed to escape with 27 others at dawn on Sunday from a detention center in Adlieh, a media report said.

31 detainees had fled the detention center on Sunday, after sawing their way through a window, according to a judicial official.

"Immediate orders were given to arrest them and investigations are underway," the Internal Security Forces said in a statement.

The detainees broke past a prison window using a saw smuggled into the facility, said a judicial official close to an investigation into the incident.

"The escapees include Lebanese, Syrians and Palestinians, among other foreigners," he told AFP on condition of anonymity.

On Sunday morning, an AFP correspondent saw security forces and army personnel deployed in the Beirut neighborhood housing the jail.

The Adlieh detention center was formerly controlled by Lebanon's General Security agency but is now managed by the country's prison authority.

It was notorious for abuses committed against detained Syrian refugees and foreign migrant domestic workers, according to rights groups, including Human Rights Watch.

Bassam al-Kantar of Lebanon's National Human Rights Commission said the facility was among the country's worst, suffering from overcrowding, foul sewage smells and lack of ventilation and sunlight.

"Detainees are malnourished... and are not allowed to receive food from their families," he said.

"Healthcare is also non-existent, with a large number of detainees suffering from skin diseases," mainly due to lack of hygiene measures in the facility, he added.

The prison break came as Lebanon grapples with an unprecedented economic crisis that has seen the value of the Lebanese pound lose more than 90 percent of its value against the dollar on the black market.

Inflation has skyrocketed and public sector salaries have plummeted to record lows, forcing a large number of soldiers and other members of the security forces to quit in order to try to eke out an alternative living.