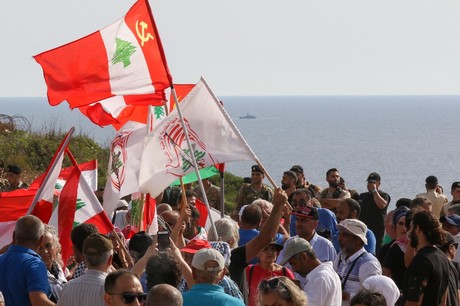 Israel is leaning toward delaying the border demarcation agreement with Lebanon until after the legislative elections in Israel, al-Akhbar said.

The daily reported Monday that a Kuwaiti official has conveyed a message from the U.S. to Lebanon that Israel will give Lebanon what it is asking for in the demarcation file after the Knesset elections.

"The resistance told the Kuwaiti mediator that it will not wait for long and that there is a time limit before it launches direct strikes on Israel's platforms," the report said.

Meanwhile, Israeli media reports said that U.S. mediator Amos Hochstein is now in Israel for talks on the border demarcation.