US stocks open higher ahead of crucial inflation data 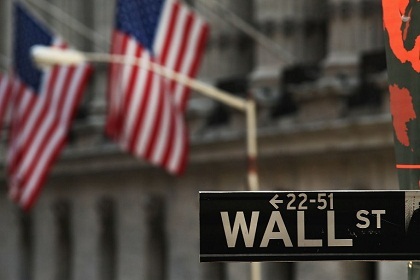 Wall Street stocks opened on a high note Monday ahead of a final salvo of corporate results and with crucial inflation figures on the horizon.

Economists speculate that the US Federal Reserve will announce a third successive rate increase of three-quarters of a percentage point in September as part of its aggressive battle to cool soaring prices.

The government is scheduled to release the consumer price report for July on Wednesday, after the June data posted a 9.1 percent surge over the past year, the highest since 1981.

A series of central bankers in speeches last week, most recently Fed Governor Bowman, have said the outsized, 75 basis point rate hike in September is still on the table.

However, "The specter of yet another aggressive move has not shaken the stock market's rebound confidence. Neither has the report that China is continuing with military drills around Taiwan," O'Hare said in a commentary.

Among individual companies, American drugmaker Pfizer fell 0.7 percent after announcing a deal to acquire Global Blood Therapeutics for $5.4 billion. The manufacturer, which recently approved a drug against sickle-cell anemia, was trading up 4.3 percent.

Shares of Bed Bath & Beyond, which have tumbled this year, climbed 39 percent amid growing interest on stock discussion boards. Speculative bets have fueled the rise of the "meme stock," which refers shares that skyrocket due to retail trading mania, similar to video game chain GameStop.