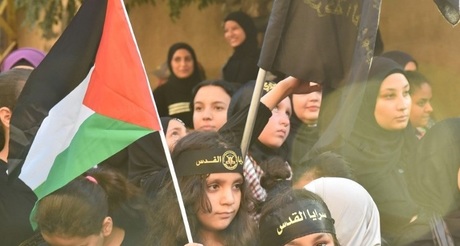 A Palestinian official has been shot dead Monday in Lebanon's largest Palestinian refugee camp of Ain Al-Helweh, near the coastal southern city of Sidon, a Fatah official said.

Saeed Alaeddine was an officer in Palestinian President Mahmud Abbas's Fatah movement, in charge of liaising between the group and Lebanese security.

He was killed by a gunman, who fired at him while he was praying at a friend's house in the camp, said senior Fatah official Mounir Makdah.

An unknown gunman shot him several times, and Alaeddine was rushed to hospital, where he died.

The perpetrator fled the scene and details on his identity and motive were not immediately clear.

An AFP correspondent heard more gunshots in the camp after Alaeddine's killing.

The camp is home to more than 54,000 registered Palestinian refugees, who have been joined in recent years by thousands of Palestinians fleeing the conflict in Syria.

By long-standing convention, the army does not enter Palestinian refugee camps in Lebanon, leaving the factions themselves to handle security.

That has created lawless areas in many camps, and Ain al-Helweh has gained notoriety as a refuge for extremists and fugitives.

More than 450,000 Palestinians are registered in Lebanon with the U.N. agency for Palestinian refugees, UNRWA.

Most live in squalid conditions in 12 official refugee camps and face a variety of legal restrictions, including on their employment.

"54,000 registered Palestinian refugees"? Exactly how many of them were alive in 1948 to be able for them to be claimed as refugees - someone who was expelled from his home. Their children, grandchildren and great grandchildren born in the camp are not real refugees.
"The army does not enter Palestinian refugee camps in Lebanon"!! So now we have two exterritorial areas in the country, the Palestinian camps and Hizballah. What exactly is left for the Government and the Armed Forces of the Republic of Lebanon to control?

U N H C R definition of a refugee
A refugee is someone who has been forced to flee his or her country because of persecution, war or violence. A refugee has a well-founded fear of persecution for reasons of race, religion, nationality, political opinion or membership in a particular social group. Most likely, they cannot return home or are afraid to do so. War and ethnic, tribal and religious violence are leading causes of refugees fleeing their countries.

As I previously stated out of the 54,000 so-called refugees in Ain Al-Helweh only between 5-10% fit this definition.