Germany to turn thermostat down as gas shortage looms 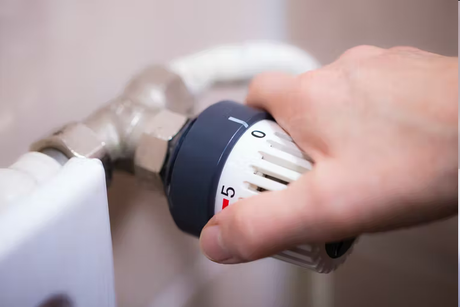 Germany will limit heating in public buildings over the winter to save on gas as Russia throttles supplies to Europe, Economy Minister Robert Habeck said on Friday.

"Public properties -- with the exception of hospitals and other parts of the social system, of course -- will only be heated to 19 degrees Celsius (66 degrees Fahrenheit)", Habeck told the daily Sueddeutsche Zeitung in an interview.

Public buildings and monuments will also not be lit at night, a measure already taken individually by some cities, as Germany searches for ways to save energy.

The recent reduction of gas supplies from Russia, amid tensions over the invasion of Ukraine, has forced the government to act.

Europe's largest economy, which relies heavily on gas to heat homes and power industry, is trying to wean itself off Russian imports, while avoiding shortages over the winter.

The government has mandated gas storage facilities to be filled almost fully by December and restarted mothballed coal-power plants to take the strain off gas-fired units.

A public information drive has been launched and the government has also subsidized public transport over the summer.

Among the other measures decided in July was a move to ban the heating of private pools with gas.

Habeck, who has said he personally is taking shorter showers to save hot water, said that "more energy savings are needed in the world of work, too."