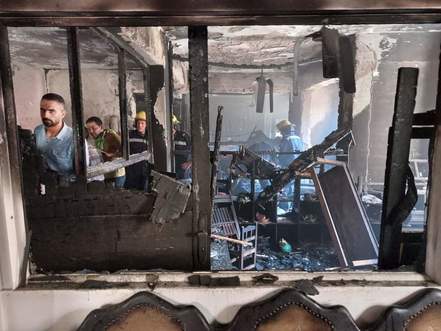 A fire at a Coptic Christian church in the Egyptian capital on Sunday killed at least 41 people and injured 55, church officials and authorities said.

The blaze ripped through the church in Cairo’s densely populated neighborhood of Imbaba. It was not immediately clear what caused the blaze. An initial investigation blamed an electric short-circuit, police said.

Fifteen firefighting vehicles were dispatched to the scene to put out the flames while ambulances ferried the casualties to nearby hospitals.

Accidental fires are not uncommon in the sprawling megalopolis of Cairo, where millions of Egyptians live in informal settlements.

In March 2021, at least 20 people died in a blaze in a textile factory in an eastern suburb of Cairo.

And the terrorists are sponsored by Qatar and Iran aka the Muslim Brotherhood….