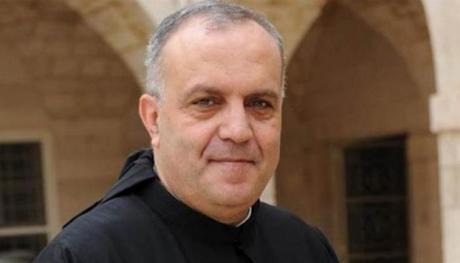 A settlement to return to Archbishop Mussa al-Hajj his confiscated passport and phone has been reached, according to a report by al-Akhbar newspaper.

Al-Akhbar said Monday that, in return, authorities would keep the bags of cash and medicine and the church would stop the political escalation in order to resolve the conflict calmly.

While the Maronite church insists that Christian religious figures must be allowed to cross Lebanon's southern border and enter Israel, some political parties have suggested that archbishops could from now on travel to Israel through Jordan, the report said.

Al-Hajj had been questioned for 12 hours last month upon his return from Israel with large quantities of medicines, foodstuffs and canned goods, in addition to $460,000. A military court summoned him for further questioning, but he ignored the summons amid a strong support from Christian leaders.

It appears like Al Rahi lost again… what a weak patriarch. The food and the medicine are intended for specific people who can’t buy their treatment in Lebanon because of the massive spoliation of the State by the ruling class. All of my sick relatives ask people who come from abroad to bring with them suitcases of medicine . My cousin’s wife who has cancer had to go to Greece a couple of weeks ago to get her chemo there, they’re fortunate to be able to afford it but that’s only a tiny minority.

Patriarch Al Rahi, it’s time to man up, and impose your law NOW!