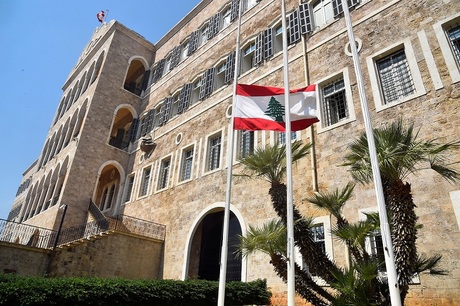 The Foreign Ministry denounced Monday the latest Israeli attack on the coastal region of Syria.

It condemned the Israeli violation of Lebanon's airspace to fire missiles on the neighboring war-torn country.

"We will file a complaint to the United Nations Security Council against the ongoing Israeli violations," the ministry said.

Israel had launched a missile attack on western and central Syria Sunday night, killing three soldiers and wounding three others.

It's about time Israel filed complaints against Lebanon for allowing armed terrorists from Hizballah to be south of the Litani, or sending drones over the border into Israeli territory, or towards the Israel gas installations in the Karish Field, as set out in Resolution 1701.
Lebanon should remember that complaints work in both directions

Lebanon must insist that the UNSC impose sanctions on any party found to be in violation of 1701. It must insist on an independent body agreed to by both parties to evaluate any claims of violation made by the other.