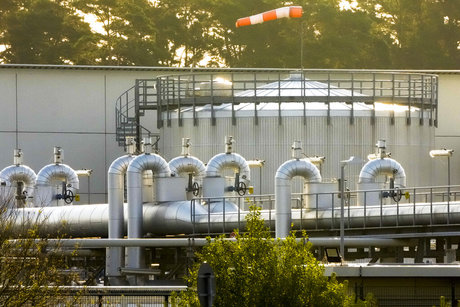 Germans are facing a new tax on natural gas use that could cost the average household several hundred euros a year and is aimed at rescuing importers slammed by Russian cutbacks tied to the war in Ukraine.

An association of gas pipeline operators on Monday set the level at 2.4 euro cents per kilowatt hour under legislation passed by the German parliament, which had an expected range of 1 to 5 cents. The tax on gas that is used to heat homes in winter and generate electricity is set to take effect in October and run through the beginning of April. It will not show up in utility bills until November or December.

Vice Chancellor Robert Habeck has said the tax will mean added costs of several hundred euros per year for an average household. The government is seeking ways to soften the blow through financial assistance for poorer households and a proposed break on value-added tax.

The gas tax will raise money to compensate importers of Russian gas whose contracts with city utilities do not permit them to pass on the costs of surging natural gas prices. Russia has sharply cut back supplies of natural gas that costs less under long-term contracts, forcing importers to purchase much more expensive gas on the spot market to fulfill their obligations.

The government has agreed to bail out the largest importer, Uniper. Habeck said that 12 importers have applied for help and would receive 34 billion euros, or about 90% of their exceptional costs, the dpa news agency reported.

Russia's state-owned gas exporter Gazprom has dialed back shipments to Europe, leading to charges the Kremlin is using the resulting gas shortage to drive up prices and pressure European Union governments over their support for Ukraine and over sanctions against Russia following the invasion.