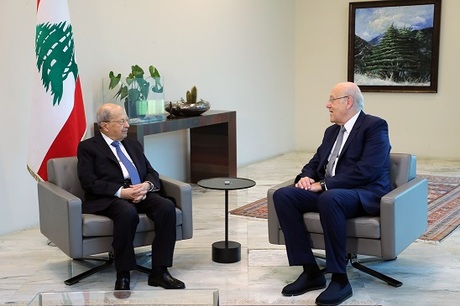 After more than a month of stalemating the Cabinet formation negotiations, Prime Minister-designate Najib Mikati and President Michel Aoun met Wednesday in Baabda.

Mikati and Aoun discussed a Cabinet line-up that the PM had submitted in late June.

"There will be another round of talks," Mikati said after the meeting.

A war of statements had erupted between Aoun and Mikati, since the latter handed the President a line-up that was leaked to the press on the same day and that was not convenient to the Free Patriotic Movement who had not named Mikati as a PM. Christian FPM Energy Minister Walid Fayyad was replaced by a Sunni candidate.