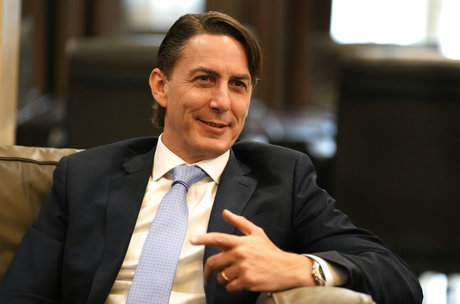 U.S. mediator Amos Hochstein has told the Lebanese parties that all the reports about a "negative atmosphere" regarding the demarcation negotiations are coming from Lebanon's side.

Al-Akhbar newspaper said Wednesday that Hochstein has denied the reports, saying that he and Israel have nothing to do with them.

The daily quoted Hochstein as saying that he will visit Israel in the coming days and that he had agreed with the Israeli prime minister on "a positive framework."

"Officials in Israel were preoccupied with the war on Gaza when I visited Tel Aviv and the mini-ministerial meeting did not discuss the border demarcation," Hochstein reportedly said.