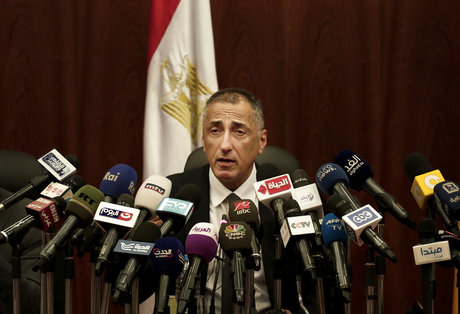 President Abdel Fattah el-Sissi accepted the resignation of Tarek Amer and named him a presidential adviser, the Egyptian leader' office said in a statement.

The brief statement offered no reasons for Amer's resignation. He had been appointed as governor of the central bank in November 2015.

No replacement was immediately named.

Amer has been criticized over handling the country's financial challenges which have seen the local currency slide against the U.S. dollar in recent months.

The pound has lost much of its value. The U.S. currency has been traded at over 19.20 pounds in Egypt's banks, up from average of 15.6 pounds for $1 before the central bank's decision to devalue the pound in March.

Inflation also increased in recent months partly because of the repercussions of Russia's war in Ukraine. Egypt is the world's largest wheat importer, and most of its imports come from Russia and Ukraine.

The annual inflation in Egypt reached 14.6% in July, increasing the burdens on consumers especially lower-income households and particularly for everyday necessities.

Amer's resignation came as the government in talks with the International Monetary Fund for a new loan to support its reform program and to help address challenges caused by the war in Europe.