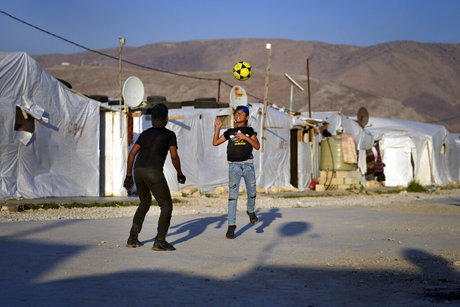 "Mikati doesn't want to facilitate the repatriation of the refugees," Sharafeddine said, adding that he and Mikati are at odds because of many disagreements over economic issues, and not just because of the refugees case.

Sharafeddine also said in a radio interview that Mikati is a businessman and has business in the west. "He does not want to upset the donor countries, even at the expense of the Lebanese," he added.

Sharafeddine had visited Syria on Monday to discuss the refugees issue. Syrian Minister of Local Administration Hussein Makhlouf said Syria is ready to repatriate refugees from Lebanon, to assist them and give them all that they need.

Mikati's advisor told al-Jadeed that Sharafeddine's visit to Syria was an exception as he headed a delegation from a Lebanese party and that the file of the displaced has practically returned to Social Affairs Minister Hector Hajjar. The Social Affairs Ministry is usually in charge of the refugees' file.