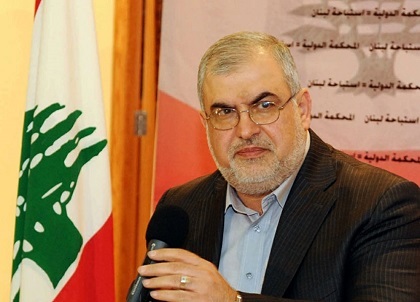 Hezbollah MP Mohammad Raad has said that Hezbollah is "the real sovereign party" in Lebanon, a word usually used by Lebanese Forces chief Samir Geagea to describe the parties that oppose Hezbollah.

"The resistance is protecting the country and the joy of victory can return to our people their dignity after all the suffering that the authorities have inflicted on them over the years," Raad said.

He went on to say that "the system must be reconsidered," adding that his bloc has added "a special flavor" to the legislative work in Parliament.

Yes, the Parliament really has achieved great things since this "special flaviour" entered. I am surprised and ashamed that I did not see this before Mr Raad informed us...

Sovereign in robbing the banks to pay for the Shia having fake jobs at EDL and elsewhere.

Raad has been using too much of hezbollah's illicit products for too long ... Addicts are pitiful when they can no longer form a coherent thought or hold a steady job in the legitimate economy of the country.

"Hezbollah is "the real sovereign party" in Lebanon", Hahahaha sure, good one sasquatch.