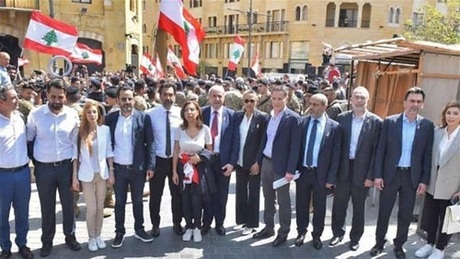 The 13 MPs of the “change” bloc on Friday announced that they will launch a “comprehensive initiative” regarding the presidential election in early September.

“This initiative will include the political stances and the constitutional and values-related approach that would establish a political and popular incubator that would push for the election of a president who would contribute to launching a salvation course for the country,” they said in a statement.

The initiative will be “a launchpad for communication with the other forces,” they added.

“MPs Michel Doueihi and Melhem Khalaf have been tasked with preparing the document and devising the initiative in order to launch it in early September with the beginning of the constitutional deadline” for the election of a new president, the statement said.

Unfortunately, even in this tiny selection of independent MPs, some are corrupt, including women.

The Armenian one. Ya hala.

Let's all cut to the chase once and for all. Every single politician barring a few and controlled by the Hizbos.