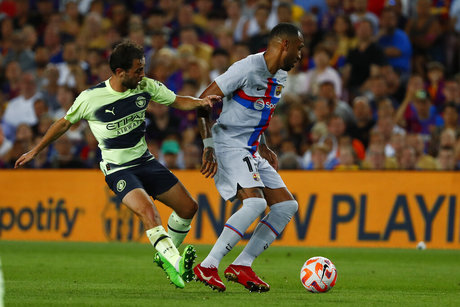 Bernardo Silva will be staying at Manchester City, manager Pep Guardiola said Friday, seemingly bringing to an end a summer of uncertainty over the Portugal midfielder's future.

Silva has been heavily linked with a move to Barcelona, with Guardiola saying this week that the player "likes Barcelona a lot" and previously saying he doesn't want to keep players at City if they are unhappy.

However, with less than a week left in the summer window transfer, Guardiola said Silva will not be leaving.

"We don't have any phone call from any club regarding Bernardo Silva," Guardiola said, responding to a question about a reported bid for Silva from Paris Saint-Germain, "so that's why he'll stay.