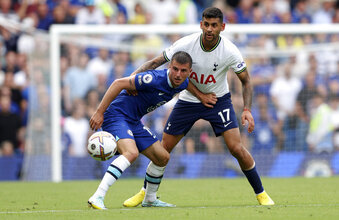 Argentina defender Cristian Romero has signed a permanent contract to remain with Tottenham until 2027, the English Premier League club said on Tuesday.

Romero joined on a season-long loan from Italian team Atalanta in August last year and has established himself as a key member of Tottenham's defense as well as a popular player among the London club's fan base.

The 24-year-old Romero, who began his career with Argentine side Atletico Belgrano and has played 11 times for his country, joined Atalanta from Juventus in 2021.