The EPL's lingering issues in final days of transfer window 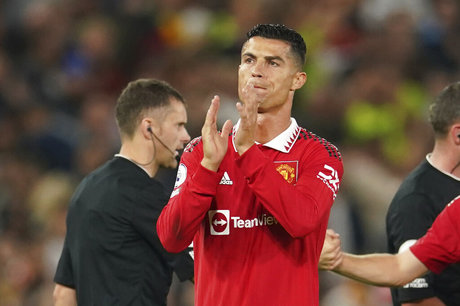 They aren't done yet.

After a record summer outlay of more than 1.5 billion pounds ($1.75 billion) according to analysis from soccer finance expert Deloitte, England's top-flight clubs have until late Thursday to finalize their squads for this season. And there are still many unanswered questions.

Where will Cristiano Ronaldo end up, if indeed he leaves Manchester United at all?

What seems certain is that Premier League clubs will break the record for spending in a single season — currently that stands at 1.86 billion pounds ($2.18 billion) in 2017-18 — in just this summer's transfer window alone. That's before any incomings in the January window.

The league's huge domestic and international broadcasting deals are putting clubs on a powerful financial footing in the post-pandemic era, overwhelming Europe's other major leagues.

Expect plenty more comings and goings ahead of the closing of the transfer window at 2200 GMT on Thursday.

Ronaldo's representatives have spent the entire summer looking for a new club for the five-time world player of the year, but still there are no takers. The latest team linked with a move for Ronaldo, who is unsettled at United because he will not be playing in the Champions League this season, is Napoli in Italy. But time is running out for the Portugal star, who has been on the bench for United's last two games and might not be a regular starter under recently hired manager Erik ten Hag, especially with Ajax forward Antony reportedly on his way to Old Trafford for 95 million euros ($95 million). A rare season playing in the Europa League — hardly ideal for Ronaldo's brand — beckons for one of the world's greatest ever players.

It has taken until the final week of the transfer window for Liverpool manager Jurgen Klopp to finally accept that he needs to buy a midfielder. Klopp's hand might have been forced by injuries, especially to Thiago Alcantara and Alex Oxlade-Chamberlain, and his team's below-par start to the season where his midfield has underperformed. "We are looking for it," Klopp said ahead of the 9-0 win over Bournemouth on Saturday. "I know we've had this discussion since it all started and I am the one who said we don't need a midfielder and you were all right and I was wrong. That's the situation." Liverpool has long been linked with Borussia Dortmund's Jude Bellingham, but more likely could be a move for Moisés Caicedo, an Ecuador international at Brighton.

Chelsea is the biggest spender in Europe this summer, having splashed out around $200, and still manager Thomas Tuchel remains without a genuine striker. His current front three of Kai Havertz, Raheem Sterling and Mason Mount looks lightweight, with the departure of Romelu Lukaku and Timo Werner meaning there isn't much back-up in terms of proven scorers. Barcelona's Pierre-Emerick Aubameyang has been linked with Chelsea for much of the summer and that would mean a rapid return to London for the former Arsenal striker. Everton's Anthony Gordon is another possible arrival, though he is more of a winger.

Eighteen players have been signed by Nottingham Forest at a cost of more than $150 million, with only Chelsea and Barcelona spending more in Europe. But that still might not be the end of the spending for the team from central England, which is likely to bring in at least one more defender. It's the biggest summer splurge ever by a promoted team, piling the pressure on manager Steve Cooper as he looks to keep Forest in the lucrative Premier League and prevent a firesale next season if the team was to go back down to the Championship.

In a strategy at odds with its rivals, Leicester is the only Premier League team to have spent no money so far in this transfer window. Indeed, its only signing was a third-choice goalkeeper on a free transfer, filling the vacancy in the squad left by the departure of captain and long-time goalkeeper Kasper Schmeichel. With no European involvement for Leicester this season, trimming a bloated squad has been the priority and that is expected to involve selling center back Wesley Fofana to Chelsea before the window shuts. The team is in last place in the standings, though, on one point from four games so incomings are needed to freshen up a group that might have become stale under manager Brendan Rodgers. The money from the sale of Fofana needs to be spent wisely.