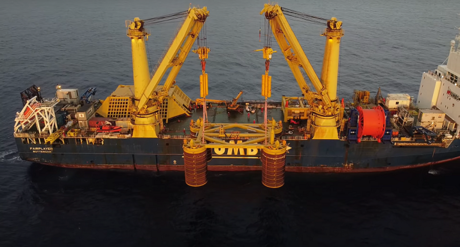 The daily added that Hochstein has held an online meeting with Israeli officials after having met in Greece with Israeli delegates and the leadership of the Greek gas exploration company, Energean.

Al-Akhbar had earlier reported that Hochstein had discussed with an adviser to French President Emmanuel Macron the role of Total Energies, the French company which owns the gas exploration rights in Lebanon’s territorial waters.

On Thursday, the daily said that the mediator couldn't obtain Total Energies' full approval to start the gas extraction in Lebanon before a "clear" border deal is reached and before receiving security guarantees from all parties.

Hezbollah must sign teh agreement; otherwise it is meaningless since they control the armed forces and are responsible for legislative and executive functions in the country.