Lebanese currency crashes below 35,000 against dollar 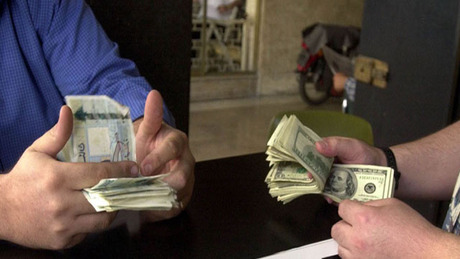 For decades, the Lebanese pound was pegged to the dollar at 1,500.

A financial crisis widely blamed on government corruption and mismanagement has caused the worst economic crisis in Lebanon's history and the crash of its currency, which has lost around 90 percent of its black market value.

The World Bank has branded the financial crisis one of the worst since the 19th century while the United Nations now considers four out of five Lebanese to be living under the poverty line.

What a strong economy with a strong president.

God bless our Shia resistance aka Hezbollah for brilliantly managing our trade balance. By devaluing the local currency our Shia resistance has made Lebanese exports much more attractive on the international markets. Buyers and importers from across the globe are queuing in their thousands to open letters of credits in their home countries to import Lebanese products.

By intentionally reducing the value of our local currency, our Shia resistance has managed to reduce the trade deficit with developing countries. Lebanese products such as Man-oushi, Tabouli, and Homos are hot selling items at every supermarket chain in Europe, China and the USA.

Indeed, thanks to the terrorists and thieves people became so rich. You should look around, people now walk with millions and tens of millions in their wallets instead of thousands .

And god bless Baabda and save its very old Queen.

Other than illicit drugs and ready-to-martyr fodder for Iran's adventures in other people's territories, what exactly does Lebanon export these days that make you so proud?