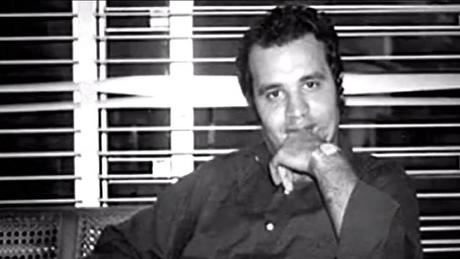 The killing of 11 Israelis at the 1972 Munich Olympics prompted Israel to turn to a strategy which endures to this day: deploying secret operatives abroad to assassinate its enemies.

Ever since the Mossad intelligence service embarked on its Operation "Wrath of God" to hunt down senior militants it blamed for the Munich bloodbath, it has covertly targeted Israel's enemies overseas.

Among those targeted were three Palestinians, who were killed in Beirut in April 1973 by a hit squad dressed in women's clothing.

One of the operatives disguised with make-up and fake breasts was Barak, then a commander of the Sayeret Matkal unit deployed to kill Mohammed Youssef al-Najjar, Kamal Adwan and Kamal Nasser.

The hit squad travelled by naval vessel, then smaller speedboats to reach Beirut, where they were met by Mossad agents with rental cars posing as tourists.

The team anticipated that more than a dozen young men walking through an upmarket area of Beirut could arouse suspicion.

"I was a brunette, not a blonde, with lipstick and blue on the eye, and we took some military socks to fill our breasts," he recalled.

The four agents disguised as women wore wide trousers, hiding weapons in jackets and bags, and were armed with hand grenades and explosives.

Splitting up into small groups, they headed toward the homes of their targets but came under heavy fire. Two Israelis were killed, along with several Lebanese civilians and the three Palestinians.

Within hours, Barak was back home in Israel, where his wife quizzed him on the eyeshadow and lipstick smeared across his face.

"I couldn't tell her," the ex-premier recalled, adding that happily "she turned on the radio and there were discussions about what had happened".

Such early successes may have made Israel overconfident, however, contributing to subsequent failures.

Israel dispatched assassins to the Norwegian town of Lillehammer where, in a case of mistaken identity, they killed the Moroccan waiter Ahmed Bouchikhi.

The hit squad was "too sure of themselves", said historian Michael Bar-Zohar, who has authored a series of books about Israeli intelligence including the Norway operation.

"They arrived in Lillehammer with false information... They were already fairly certain that it was a routine operation and they ignored all the evidence that proved it wasn't him," he said.

"For example, they saw that the man they were following lived in a run-down neighborhood, that he rode a bicycle, that he went alone to the swimming pool. A terrorist chief doesn't do that."

After killing the wrong man, three Israeli agents were arrested by Norwegian police and spent 22 months in prison.

Undeterred, Mossad pushed on with a years-long operation to ensnare Salameh.

Israel deployed an operative code-named "D" to Beirut, who befriended the Palestinian and his beauty queen wife Georgina Rizk.

D, in a 2019 documentary aired by Israel's Channel 13, described his time undercover as "my real life" in Beirut, where he frequented a sports club with Salameh and studied his habits and movements.

"I considered him at the same time a friend and a mortal enemy," D said. "It's not easy. You know, deep down inside, that he must die."

In January 1979, nearly five years after the start of the operation, Salameh was killed by a car bomb in Beirut.