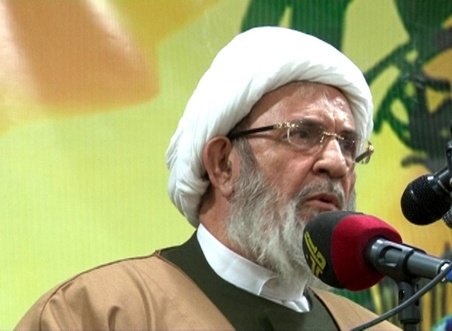 A Hezbollah official on Friday sounded the alarm over the latest U.N. Security Council resolution that extended the mandate of the United Nations Interim Force in Lebanon (UNIFIL).

“What are officials doing regarding the Security Council resolution that granted UNIFIL freedom of movement… without needing a permission from the army for its declared and undeclared patrols?” Sheikh Mohammed Yazbek said.

“This contradicts with the previous agreements and this is a dangerous development that turns the (UNIFIL) forces into occupation forces whose role would be to protect the Israeli enemy through pursuing the people and the resistance,” Yazbek added.

“The U.N. forces did not make a comment or a stance over hundreds of Israeli violations… If the decision was taken without the knowledge of the government and the Foreign Ministry that is a problem, and if they knew that would be a bigger problem, seeing as the decision is a conspiracy against Lebanon and its sovereignty,” the Hezbollah official went on to say.

The Foreign Ministry on Wednesday noted that the resolution “contained a text that does not conform with what was mentioned in the framework agreement signed by Lebanon with the U.N.,” adding that “Lebanon has objected against the introduction of this wording.”

“Accordingly, the Minister of Foreign Affairs and Emigrants has requested to meet with the head of the UNIFIL mission to stress the importance of continuing permanent cooperation and coordination with the Lebanese Army in order to secure the success of the mission of U.N. forces in Lebanon,” the Ministry said.

The Nidaa al-Watan newspaper reported Wednesday that Lebanon had requested the removal of “two phrases mentioned in clauses 15 and 16 in the extension resolution, which stipulate UNIFIL’s freedom of movement and the condemnation of any restriction of this freedom in the area south of the Litani River.”

better still: don't complain, sound alarms, or threaten .. just disarm and demure, as Hezbollah agreed to .. then there would be no need for UNIFIL in the first place ... Lebanon would then be, as it should be, in-control of its territory and the border.