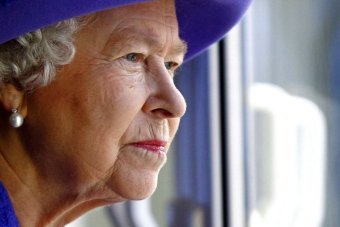 Prince William on Wednesday hailed his late grandmother's passion for the environment as he called for the "fastest change the world has ever known" in transitioning to sustainable energy sources.

The prince, now heir to the throne after Queen Elizabeth II's death, sent a pre-recorded video message to an innovation summit in New York for the annual Earthshot Prize, which he created in 2019 to reward efforts to combat climate change.

"Although it is the saddest of circumstances that means I cannot join you in person today, I am pleased to be able to join you in video," he said, two days after the funeral for his grandmother Queen Elizabeth II, who died on September 8.

"During this time of grief, I take great comfort in your continued enthusiasm, optimism and commitment to The Earthshot Prize and what we are trying to achieve," he added in the video, which was released by his Kensington Palace office.

"Protecting the environment was a cause close to my grandmother's heart, and I know she would have been delighted to hear about this event and the support you are all giving our Earthshot Finalists -– the next generation of environmental pioneers."

William, 40, who took on the title of Prince of Wales following his grandmother's death, presented the inaugural Earthshot prizes at a ceremony in London last October, with projects from Costa Rica, Italy, the Bahamas and India picking up prizes.

His environmentalism also follows the example of his late grandfather Prince Philip, a former president of the World Wildlife Fund, and his father, the new King Charles III, who has long warned of the dangers of climate change.

The prince acknowledged that the world "is an uncertain place right now", with conflict, soaring energy prices and food shortages hitting families around the world.

"While addressing these in the short-term, we must also remain resolutely focused on tackling the greatest challenges that threaten our tomorrow," he said.

"Together, we need to ensure the transition to sustainable solutions is the fastest and most endemic change the world has ever known."