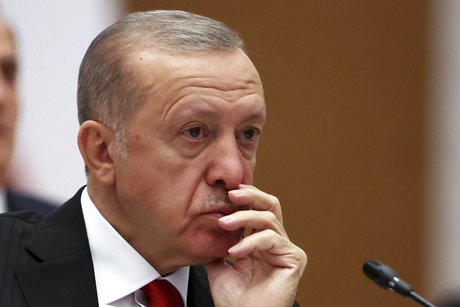 A mysterious reference on U.S. television to an imminent Russia-Ukraine prisoner swap highlights Turkish President Recep Tayyip Erdogan's unique role as mediator and friend of both sides in time of war.

Erdogan flew to New York from a meeting in Uzbekistan with Russian President Vladimir Putin -- his third in three months -- to tell U.S. viewers on Monday that the Kremlin "is willing to end this (war) as soon as possible".

"Two hundred hostages will be exchanged upon agreement between the parties," Erdogan said in the interview without giving away further details.

But an announcement late Wednesday that Russia and Ukraine were exchanging some 200 prisoners helped to validate Erdogan's efforts to walk a fine line and stay "neutral" in Europe's bloodiest conflict since World War II.

The prisoner swap adds to a growing list of diplomatic successes Erdogan is using to brandish his image as a global statesman nine months before an election that polls show he might conceivably lose.

"Turkish diplomacy has been faultless since the start of the war," France's former U.S. and U.N. ambassador Gerard Araud remarked.

"It has evaluated its interests, found a balance between the warring parties and used firmness when necessary while taking advantage of the circumstance."

Erdogan can now take credit for playing a direct role in orchestrating the only two tangible agreements between Moscow and Kyiv in the seven-month war.

A U.N.-backed deal signed in Istanbul in July resumed Ukrainian grain deliveries across the Black Sea for the first time since Russia's February 24 invasion.

U.N. Secretary-General Antonio Guterres called the shipments "a beacon of hope" for famine-ravaged parts of the world.

The prisoner swap features an arrangement to keep five Ukrainian commanders -- including those defending the Azovstal steel plant from a Russian onslaught against Mariupol -- stowed away in a secret location in Istanbul.

And he still hopes to bring Putin and Ukrainian President Volodymyr Zelensky together for truce talks that neither side particularly wants -- but which Turkish officials insist are both essential and realistic.

"Of all states, Turkey is best placed to broker a deal between the two sides," said London-based political risk consultant Anthony Skinner.

Erdogan has followed a deceivingly simple approach to the war: he has supplied Ukraine with weapons while using Moscow's diplomatic isolation to his advantage by dramatically cranking up trade with Russia.

Turkish combat drones have gained legendary status in Ukraine because they helped destroy the main Russian armored columns that tried to seize Kyiv in the first weeks of the war.

And Russian trade and tourists have helped to keep Turkey's teetering economy from completely collapsing in the run-up to presidential and parliament polls in June.

"Putin and Erdogan have dealt with each other for a long time and have, on balance, been able to manage their differences on a range of issues," Skinner said.

"Ukraine is no different. Kyiv has been frustrated by the Turkish government's failure to turn the screws on Moscow, but Ukraine also benefits immensely from Turkey's ongoing support in the conflict."

"Erdogan has tried to balance between being pro-Ukraine and avoiding an overtly anti-Russia stance," Cagaptay wrote in a report for the Washington Institute for Near East Policy.

But there are signs that Erdogan's policy has its limits.

He concluded an August meeting with Putin by unveiling a broad economic cooperation agreement that switched a large part of Turkey's trade with Russia to rubles.

The United States worries the deal will help Russia skirt sanctions that the West hopes will eventually compel Putin to stop the war.

The US Treasury told Turkish banks and businesses dealing closely with Russia that they were exposing themselves to "secondary sanctions."

The warning sparked a sharp selloff in the Turkish stock market last week.

"Erdogan will not cut trade ties with Russia," he said. "He has many cards to play."