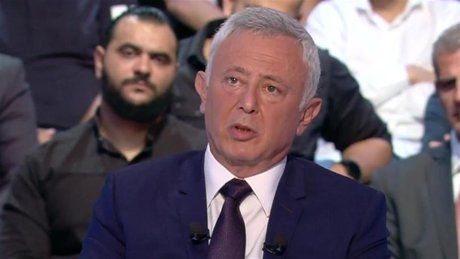 Marada Movement chief Suleiman Franjieh has confirmed that his nomination is on the table in the presidential race, as he voiced optimism over his chances.

“We are monitoring things… and I’m more optimistic than last time,” Franjieh said in an interview on MTV.

“The settlement might lean towards me and in the past there had been a promise from Hezbollah Secretary-General Sayyed Hassan Nasrallah to President Michel Aoun, but today there is no promise to anyone from Hezbollah but rather a pragmatic approach and the March 8 camp will go with one candidate to the presidential vote session,” Franjieh added.

“I want to be a unifying president who would unify the country, not a spiteful president, seeing as Lebanon today is in an extraordinary stage, amidst a destructive economic war and in a situation that is worse than the post-civil war period,” the Marada chief went on to say.

He added: “I’ve never been centrist, but I’m a man of dialogue and openness, and should I become president, it would be my duty to involve everyone so that all parties can shoulder their responsibilities.”

“I’m committed to the Taef Accord, U.N. resolutions and an agreement with the International Monetary Fund, on the condition that it happens after settlements,” Franjieh stated.

The Marada chief also confirmed that he will visit Syria if he is elected president.

“When (ex-PM Saad) Hariri asked me in the past, I told him the same answer, and I’m Maronite, Lebanese and Arab,” Franjieh added.

“When did I ever put Syria’s interest before that of Lebanon,” he asked.

As for his relation with Hezbollah, Franjieh said: “I’m close to Hezbollah but I’m not its candidate, and any citizen cannot accept the present of two arsenals of arms, but the resistance’s weapons need regional, domestic and international circumstances in order to be settled, or else what would the alternative be? War?”

Franjieh added that he is not seeking “power” but rather for his name to “go down in history” and for the “country’s crisis to be resolved” during his tenure.

“I don’t want to be part of axes, but rather part of the Lebanese axis exclusively. A president cannot be elected without the approval of the Hezbollah and Amal Movement duo and I do not accept insults against Saudi Arabia, the Arab countries or any friendly nation,” the Marada leader said.

Stressing that there no American or French veto on his nomination, Franjieh also revealed that he has been told that the Saudis also do not have a “problem” with him.

“I will not request from anyone to make me president,” he said.

Franjieh also said that he would seek to change the electoral law should he become president, adding that he is “against undermining the banking sector in Lebanon.”

To put it mildly, it’s a bad joke.

Marcel khalife is committing a mistake of historic proportions in rehabilitating Sleiman Frangieh or any other puppet if not traitor that accepts HizbIran occupation of Lebanon and its systemic destruction of who we are. This is not difference in politics but rather facilitating occupation. Marcel should be ashamed of himself and being a tool to deceive people and facilitate occupation.

Sorry Marcel Ghanem not Khalife. He should know better or at least stop pretending he is helping the forces of change and accountabily to avoid misleading the many who believe MTV represents their voice.