Raad says blocs in 'early stages' of finding a president 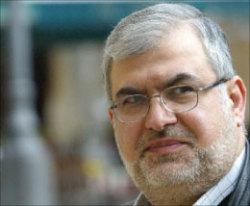 Senior Hezbollah legislator Mohammed Raad said Thursday that the crisis-hit country's parliamentary blocs are in the "early stages" of finding a president who would "bring stability to the country."

"The blocs need to discuss and develop an understanding over a possible consensus candidate," Raad told the press, after parliament held a first presidential election session in which no candidate managed to win the 86 votes needed to win from the first round.

MP Halima Qaaqour of the reformist Change bloc meanwhile blasted lawmakers for what she called a "negative calm with no consensus," fearing a prolonged delay in electing a new president.

"The Constitution says it's the majority of votes," she told reporters. "I think it's no longer a logical approach to try to reach a consensus in a country that continues to collapse."