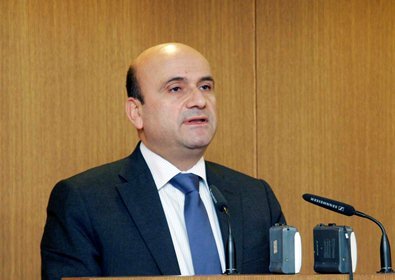 Consensus over a presidential candidate is “not possible until the moment” and MP Michel Mouawad does not meet the standards of the Free Patriotic Movement for new president, MP Simon Abi Ramia of the FPM said on Thursday, shortly after a first presidential vote session in which Mouawad emerged as the opposition camp’s leading candidate.

“The way the session went confirmed that no political camp is capable of electing a president without consensus with the other parties, due to the democratic and pluralistic system in Lebanon,” Abi Ramia said.

He added that the FPM and the Lebanese Forces are an “obligatory pathway” for any president to be representative of the Christian community.

“What’s needed today is to elect a president who enjoys characteristics that are appropriate for the current stage in order to pull Lebanon out of economic collapse,” the MP went on to say.

Calling on all parties to “deal responsibly” without “factionalism nor provocation,” Abi Ramia said Thursday’s session managed to “create positive dynamism that gave clear numbers about the presidential scene.”

FPM wants a president that looks good in pajamas.

Rabi Ramia Jacob? This guy is no fun…