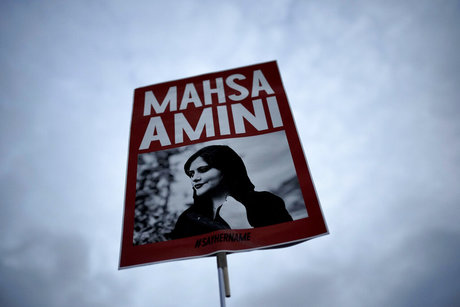 The leader of Lebanon's Iran-backed Hezbollah, Sayyed Hassan Nasrallah, has said that the death of Kurdish woman Mahsa Amini in Iranian police custody was a "vague incident" that was being exploited against Tehran.

A wave of street violence has rocked Iran since Amini, 22, died after her arrest by the morality police for allegedly failing to observe the Islamic republic's strict dress code for women.

Nasrallah said that her death, in circumstances he said remained unclear, was being exploited to incite the protests.

"The Iranian state is a target and so any incident is exploited... to incite against this state," Nasrallah said.

"This vague incident was exploited and people took to the streets," he said, referring to Amini's death.

The Hezbollah chief, a staunch Iran ally, said that the protests rocking the country do not reflect the true will of the Iranian people who he said are loyal to their leadership.

Iran "is stronger than ever and will not be affected," he said.

Protests were held across Iran for a 15th consecutive night on Friday, despite a bloody crackdown that the Oslo-based Iran Human Rights group says has claimed more than 80 lives.

It is the bloodiest unrest in Iran since a ruthless crackdown on demonstrations in November 2019 over a sudden hike in fuel prices that killed at least 304 people, according to Amnesty International.

Iran has blamed outside forces for the nationwide protests.

Lol, Iranians are under occupation by the Basij and Revolutionary Guards (Shia Taliban) that control the Country by pure brutality and barbarism in complicity with Biden's administration. Oppressions won't succeed for long as Iranians are receiving support from diaspora and freedom always win at the end... sadly not in Lebanon with traitors like FPM and its Useful Idiots of Aoun/Bassil/Ghada that sold our freedom and dignity for 30 pieces of silver.

If the evil extremist Islamic regime in Iran falls, the hezb would disappear within 6 months. Nasrou must be sweating under his turban. But no worries, the regime will kill thousands of innocent Iranians and will survive. As usual.

The UNHRC and its High Commissioner have not had any concerns about the death -- so they agree with Nasrallah on this.