Netanyahu says won't be bound by Lebanon deal if elected 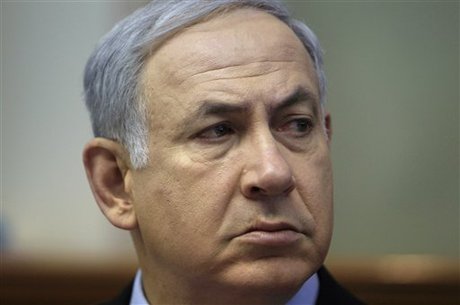 Israeli opposition leader Benjamin Netanyahu, under whom the sea border talks with Lebanon began in 2020 and who is hoping to return to power in November elections, has said that he opposes the emerging gas fields deal and wouldn't be bound by it if reelected.

Israel’s caretaker premier Yair Lapid is hoping to fend off Netanyahu in the polls.

"Lapid has no mandate to give sovereign territory and sovereign assets that belong to all of us to an enemy state," Netanyahu said.

Lapid hit back at Netanyahu, saying the deal would preserve Israel’s security, grant it the entire Karish field and also revenues from Lebanon’s Qana field.

Benjamin Mileikowsky Is the son of European polish immigrants who later changed their last name to Natanyahu to sound Levantine in an attempt to grant his family some sort of legitimacy in this area of the world. His father was a also a US citizen who thought it would be cool to steal Palestinians because stealing Americans wasn’t a viable option.

Funny how they support the Ukrainians to defend themselves from Russian but oppress and murder Palestinians on a daily basis .