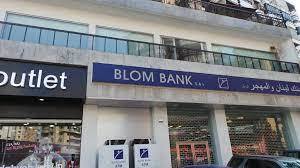 Four individuals stormed BLOM Bank’s branch in Haret Hreik on Monday and managed to take their deposit, worth $11,000, prior to the arrival of the army, the National News Agency said.

The Depositors Outcry Association meanwhile announced that “the depositor Zaher Khawaja has liberated $11,750 from the aforementioned bank” and that he “still has $750” in his account.

Lebanon’s banks had partially reopened last Monday after a weeklong closure that followed a wave of heists in which assailants stormed at least seven bank branches demanding to withdraw their trapped savings.