Why has Yemen's truce failed and what happens next? 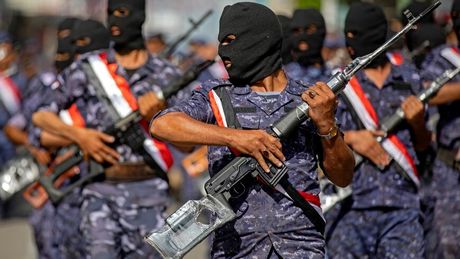 A six-month truce in Yemen that expired Sunday had provided a rare respite for the war-ravaged country, but failed attempts to extend it have stoked fears of fresh conflict.

Fighting between the Iran-backed Huthi rebels and pro-government forces began in 2014 and escalated the following year when a Saudi-led military coalition intervened in support of the loyalists.

The war has killed hundreds of thousands of people, directly and indirectly, and created the world's worst humanitarian crisis, according to the United Nations.

But a U.N.-brokered ceasefire, in effect since April, had brought a sharp reduction in hostilities and facilitated some measures to alleviate Yemenis' suffering.

The Huthi rebels rejected a proposal put forth by the U.N.'s special envoy, Hans Grundberg, to extend the truce for a further six months and to broaden it to new areas of agreement.

It had been initially set to last two months and was renewed twice, lasting half a year in total.

The rebels had demanded that the salaries of military officials and civil servants in the areas they control be paid "without discrimination".

Elisabeth Kendall, from Girton College at the University of Cambridge, said the Huthi's demands "seem unrealistic at this early stage".

"These are concessions that will be extremely difficult to meet in the absence of any structured peace talks," she said.

According to Kendall, "the impression created is that the Huthis are not genuinely interested in continuing the truce."

Ahmed Nagi, a researcher at the Malcolm H. Kerr Carnegie Middle East Center in Beirut, said the truce "failed because of a power imbalance" between the warring sides.

The Huthi rebels "believe that they are the stronger side, after seven years of conflict, and that the war doesn't have to end at this point," Nagi explained.

Seeing the government's "great desire to extend" the ceasefire, Nagi said, the rebels believe they can "achieve greater goals."

Analysts expect renewed fighting specifically around Marib, the government's last northern stronghold and key to Yemen's oil resources, and Taez, the country's third biggest city that has been blockaded by the rebels since 2016.

Maged al-Madhaji, director of the Sanaa Center for Strategic Studies, said "there's tension at the frontlines but limited military skirmishes so far."

He added that more intense clashes, "especially in Marib and Taez", can be expected in the coming days, possibly in an attempt to secure "more concessions" from the Saudi-backed government.

But according to some analysts, the United Nations may still continue its efforts to convince the rebels to accept another ceasefire.

Nagi said that in case these negotiations "reach a dead end, the war will enter a new phase, with fiercer military confrontations than before".

Analysts agree that the Yemeni people will be most severely affected by the failure to extend the truce.

Millions are on the brink of starvation and thousands are in need of urgent medical care that is not available in the country, whose infrastructure has been devastated by the war.

Around 80 percent of Yemen's population of 30 million rely on humanitarian aid.

"The Yemeni people has lost the hope it had during the truce, that the war may end with a diplomatic solution," Nagi said.

Government sources reported attacks by the Huthis on Sunday south of Marib, and Huthi shelling was also reported in Taez.

Yahya Saree, a Huthi military spokesman, warned in a Sunday statement of attacks on those two countries.

Madhaji charged that by refusing an extended truce, the Huthis "have deprived the Yemeni people of the greatest opportunity and the longest truce in the history of this war."

So what does MBS think?