Geagea: We'll continue to back Mouawad and try to secure him votes 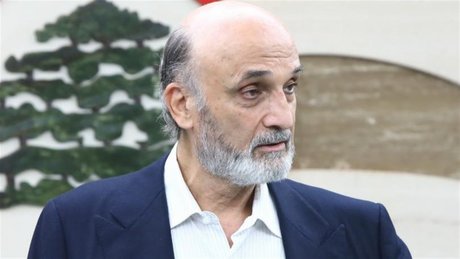 Lebanese Forces leader Samir Geagea on Wednesday announced that his party’s parliamentary bloc “will continue to back MP Michel Mouawad’s nomination” for the presidency.

“He represents a choice and project that resemble us in terms of his understanding of national sovereignty and his faith in building a state and a non-corrupt administration,” Geagea said, in a Maarab meeting with French Ambassador to Lebanon Anne Grillo.

He added: “We are trying with all opposition groups to close ranks so that he can get the biggest number of votes.”

“We want a comprehensive solution for the situation we’re living… and this can only happen through the election of a president who would be a real and non-weak statesman who can at least run the state’s administrations with wisdom, firmness and transparency away from corruption,” Geagea stated, noting that the new president must also be able to “monitor the border and halt smuggling.”

“We want a sovereign president who can take decisions and who does not accept harm against Lebanon’s higher interests, especially Lebanon’s relations with our Arab brothers and friendly countries,” the LF leader went on to say.